Cushing’s disease is a cause of Cushing’s syndrome characterised by increased secretion of adrenocorticotropic hormone (ACTH) from the anterior pituitary (secondary hypercortisolism). This is most often as a result of a pituitary adenoma (specifically pituitary basophilism). 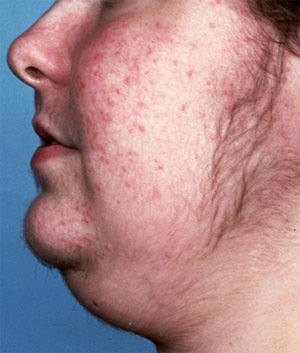 Diagnosis is made first by diagnosing Cushing’s Syndrome, which can be difficult to do clinically since the most characteristic symptoms only occur in a minority of patients. Some of the biochemical diagnostic tests used include salivary and blood serum cortisol testing, 24-hour urinary free cortisol (UFC) testing, the dexamethasone suppression test (DST), and bilateral inferior petrosal sinus sampling (BIPSS).

No single test is perfect and multiple tests should always be used to achieve a proper diagnosis. Diagnosing Cushing’s disease is a multidisciplinary process involving

After a diagnosis is done an MRI can determine if a pituitary tumor is visible.

In Cushing’s disease, typically very small (microadenoma) tumors are found. If no tumor is visible, then inferior petrosal sinus sampling is indicated. 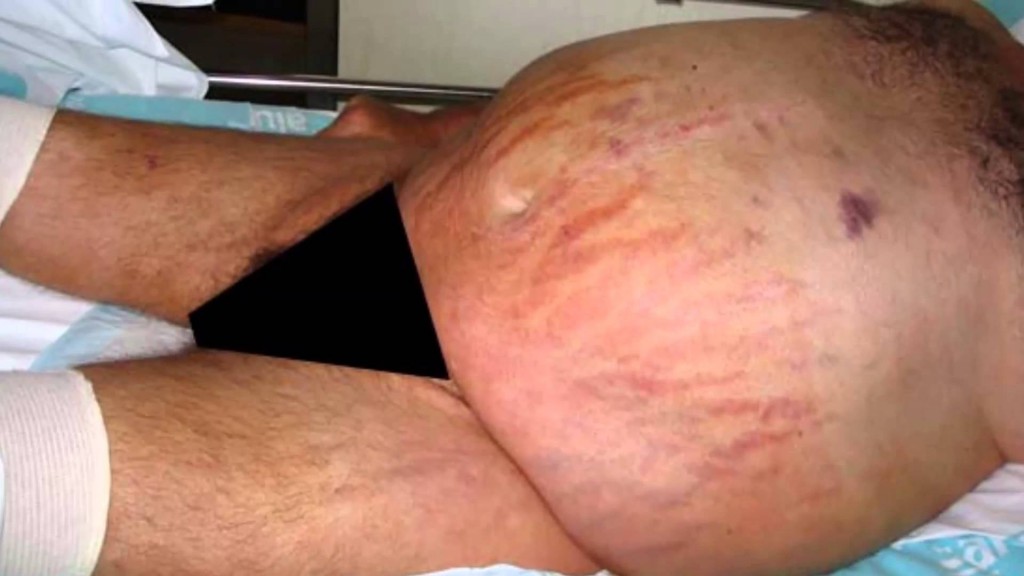 The amount of cortisol found in urine collected over a 24-hour period is an important measurement in diagnosing Cushing’s syndrome. This test sums the total daily production of cortisol.

It is important not brush the teeth just prior to collecting the sample.

This test may not be valid in smokers.

Once your doctor suspects Cushing’s disease based on clinical findings and hormonal testing, a Magnetic Resonance Imaging (MRI) scan of the pituitary gland is the best way to detect the presence of an adenoma in Cushing’s disease.

MRI detects a pituitary adenoma in about 70 percent of cases. It is important that you undergo these imaging tests at a Pituitary center with special expertise in imaging small tumors.

In some cases, MRI fails to identify an abnormality. If your doctor suspects Cushing’s disease, he or she may order super-selective inferior petrosal sinus sampling (IPSS).
IPSS must be performed by an experienced interventional neuroradiologist because it carries risk, and if done inappropriately, can give misleading results.

The inferior petrosal sinuses are veins that occur on both sides of the pituitary gland.

The first-line treatment of Cushing’s disease is surgical resection of ACTH-secreting pituitary adenoma; this surgery involves removal of the tumor via transsphenoidal surgery (TSS).

• When an experienced pituitary surgeon performs the operation, the cure rate for smaller tumors (microadenomas) is 80 percent to 85 percent. If the tumor spread into nearby internal structures, the cure rate is 50 percent to 55 percent.
• Neurosurgeons who specialize in pituitary tumor surgery utilize a technique that removes the tumor as one piece. They find the tumor and dissect it around the edge.
• The endoscopic endonasal approach is a minimally invasive approach, using your natural nasal passageway. It does not require a head incision.
• An endoscopic technique can be very effective in safely removing tumor, while at the same time minimizing hospitalization time and discomfort.

In some cases, surgeons may not be able to remove the tumor surgically. Radiation therapy can be very effective in controlling the growth of these tumors.

Stereotactic radiosurgery is a technique in which a highly focused of radiation can be delivered to the tumor target. Because the radiation beam is carefully sculpted, the surrounding brain structures receive only a fraction of the radiation dose and are typically unharmed (with the exception of the normal pituitary gland).

A consequence of radiation treatment is that it can cause delayed pituitary failure. This typically occurs several years after treatment, and therefore continued long-term follow-up with an endocrinologist is important. Hormone replacement may be required.